Talking to women online should be easy, right? You can sit at home and meet countless single women on Luxy while drinking a beer and watching the game. Sounds pretty great, doesn’t it?

Unfortunately, it’s not that simple. And that’s because few men have mastered the art of grabbing a woman’s attention online.

It comes down to this: A woman wants to know that a man thinks she’s worth his time and effort. And when a guy fails to give her that impression, do you think she’ll respond to his online dating message? If you guessed “no,” you’re absolutely right.

The problem is, most guys have no idea that their approach to talking to women online is less than ideal. If you want to be successful in the world of online dating, check out our list of the biggest mistakes men make and learn how you can do it right.

All too often, it’s the initial message that turns women off. And if you make a bad first impression, it’s unlikely you’ll receive a response. Here’s what guys are doing, and how you can do it better based on the research of first messages conducted by Beyond Ages:

You may have a jaw like Jon Hamm and abs like Chris Hemsworth, but if you’ve got no game, you’re going to have a hard time getting a woman to talk to you.

When talking to women online, one of the worst mistakes men can make when sending the first message to a woman is simply saying “hi.” A whopping 23% of men use this as their opening line, but it’s rarely one that works.

Even if you have the most amazing profile pictures to ever grace the dating app you’re using, resorting to “hi,” “hey” or “hello” will get you nowhere. Nothing is more boring to a woman than receiving mundane, impersonal messages. Remember, women like a man who makes an effort.

Instead, read her profile thoroughly and use the information from that to craft your opener. You can mention a hobby you have in common or ask her opinion about something she’s passionate about. Another great option is to write something like this: “Your profile really grabbed my attention and I’d love to know more about you. So tell me, what’s your idea of an ideal date?”

Asking a question takes the pressure off and sparks an ongoing dialogue which is almost definitely guaranteed to get a woman talking.

If you bore a woman with your first message, she won’t want to chat with you, let alone date you. And that’s why the often used “How are you?” almost always flops. While 15% of guys use this to try and get their foot in the door, it’s not a move you’ll want to emulate.

Other often-used openers you’ll want to pass on is “What’s up?” and “How’s it going?”. These lines may seem more substantial than a simple “hi,” but they don’t take much effort and it shows.

If you want your first message to pay off, her profile will give you the goods. If she has a picture with her dog, ask her about that. If she says she’s into jazz, ask her who her favourite singer is. Chances are, her bio will give you all of the ideas you need to write an original opener that she’ll actually want to respond to.

3. Talking About her Appearance

Women always enjoy being told they’re gorgeous, right? Well, 51% of men seem to think so. This percentage of men chose to make the first move by messaging women online about their appearance.

Compliments, however, aren’t the way to spark a woman’s interest in you. Attractive women are used to being told how great they look and it gets old pretty fast. Confident women want to be valued for more than a pretty face or shapely legs. They want to be noticed for who they are as a person. So, resorting to compliments as your opener and telling a woman how “hot” she is, is not the best way to grab her attention.

This isn’t to say you shouldn’t compliment her, but you’ll want to make it about more than just physical appearance. That doesn’t mean offering a generic “I like your profile” or “You seem fun,” either. Instead, talking to women online about their intelligence, sense of humour, kindness or whatever other trait shines through in her online dating profile will do the trick.

Once you get a woman talking, it’s down to you to keep the conversation going. Unfortunately, many guys don’t know what to talk about, so they start talking about themselves. While it’s great to talk about your shared hobbies and interests, most women don’t want to hear about your past relationships or the in and outs of your job.

Your best bet is to keep the conversation open-ended and that means asking a lot of questions about her. That may lead to you discussing the places you’ve been to or a genre of music you both like. No matter what direction your chat goes in, be sure not to monopolise the conversation. If she thinks you’re a good listener who’s respectful of her thoughts, she’s more likely to want to meet you in person.

While you don’t want to be accused of dominating the conversation, it’s crucial that you don’t leave all of the heavy lifting to her either. Most women enjoy good conversation, but if they constantly have to be the one to think of things to say, they’ll quickly tire of chatting to you. If you’re not good at thinking of topics to talk about, referring back to her profile can help. Refresh your memory on what she’s into and talk about that.

Bringing up the topic of sex with someone you just met online is never a good idea. You wouldn’t walk up to a woman on the street and ask her what her favourite position is, would you? Of course not. Treating women you meet online with the same respect you’d offer to a new personal acquaintance should be a no-brainer.

Unfortunately, there are still a lot of guys on dating apps who assume the women using them just want to get laid. While that may be true of those using hookup apps, most women on dating sites are looking for an actual relationship.

With this in mind, keeping your chat clean is your best bet. If you’ve been talking successfully for a few days, by all means, get flirty. But do this gradually and take your cue from her response. If she’s into it, she’ll respond accordingly.

Keeping these tips in mind, you’ll be able to impress all kinds of women on your dating app of choice. Then your biggest problem will be which lady to chat with first!

Now, get back to your online dating profile and keep these great tips in mind when starting your next conversation. If that isn’t Luxy, check out this completely free dating site. It’s worth it to meet more people online. 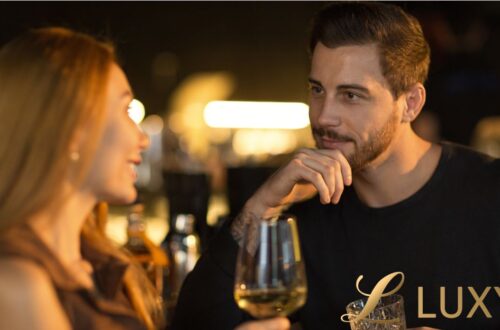 Make a Good First Impression with Your Online Dating Profile 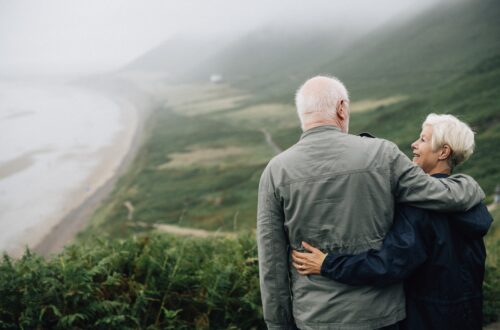