Trying to figure out what body type men are most attracted to should be classed as an extreme sport, am I right ladies?

At Luxy, the dating app for successful and sophisticated singles we asked us the question what body type do millionaires like to date? I have questioned whether guys like skinny girls, curvy girls or ‘a bit in the middle’ kind of girls countless times.

To all the men: what kind of body type makes you the most attractive? Or do you even prefer to prioritize personality over body shape? In that case – pass me the last slice of pizza.

Us women at Luxy have had enough of second guessing ourselves when it comes to our body shape. So we took it upon ourselves to clarify exactly which body type millionaires like to date. But not just any men, Luxy men.

That’s right, I will tell you exactly which body shape millionaires like to date. No maybes or guesses, we got facts and numbers. So if you’re a single woman looking to attract AND keep a millionaire man, keep reading.

If you are in the current dating pool, these questions must have crossed your mind

♦ How to get a man to notice you?
♦ How to look my best?
And most importantly…
♦How to attract a rich man and keep him?

Just like any ordinary man, millionaires are known to have varying tastes in women. So here comes the ultimate question: which body type do millionaires like to date? Do men want skinny, curvy, chubby girls? You name it, we’ve asked. We want answers! So, we got them…

If you can’t wait, sign up here to match with millionaires today!

How to Get a Man to Notice You: First Impression Counts

Everyone of us knows The Bachelor, a famous TV show in many countries. 30 single ladies fight week after week for attention, time and approval expressed through a rose. Why is that important? We learn with that show a first very valuable lesson: The first impression one makes is important as h***.

With so many competitors, it’s impossible to spend right away quality time with the Bachelor alone. His decisions in the first weeks are mainly based on first impressions. So making your appearance as appealing as possible is the key to ensuring you are successful in love. Which also answers your question – Does my appearance affect the first impression I make?

To get a man to notice you, your first point of call would be your appearance as this is the first aspect that a man will see. If your man prefers a certain type of body shape then working towards this will surely get you noticed. Pairing this with whatever your guy likes personality wise will make him yours in no time.

Guys will like a girl who looks her best!

How to Look My Best: Should All Women Strive For The A4 Waist?

Despite what this survey uncovers, it’s important that we don’t lose sight of what society’s version of the ‘idealistic body shape’ represents. Although the majority of men who took this survey might prefer one body shape, this isn’t to say that all men do.

Remember the hashtag #A4WaistChallenge – An internet trend that went viral. It challenged women to measure their waistlines against a standard piece of A4 paper to see whether they were smaller than the sheet (which is just 21 cm in width, FYI). This challenge demonstrated how another body shape was glorified and proved that men also prefer skinny girls.

This encourages women to strive to be skinny as this is what some believe to be the most attractive. At the time of this trend in 2016 several people engaged with this challenge which enforced this ideal body shape upon women.

Figuring out which body shape you’re comfortable with and owning it is key. This will enable you to feel happy within yourself and give you a sense of belonging. Rather than basing your dating decisions around what men like or what body shapes guys prefer, settle for what you like to see in yourself and you will find a man that likes just that.

Results: Which Body Type do Millionaires Like to Date?

So, to answer the question, which body type do millionaires like to date? Do our Luxy men like chubby girls? Skinny girls? Or any other type of girls?

Reddit took a poll asking users to choose the most attractive body type to them. Reddit asked their male audience to select the photo which represented their favourite body shape on women from the pictures below.

The results from this poll demonstrate that ‘fit’, ‘curvy’ and ‘average’ body types are the most popular. The pictures used to represent these three descriptions of body shapes do not vary to a wide extent. This suggests that a larger percentage of men prefer an averagely shaped female body.

Unlike Luxy, Reddit is not a platform that targets millionaires, so we conducted the same survey on our millionaire dating site. The survey was conducted on 229 millionaire men around the world. We found out whether Luxy men prefer to date skinny, curvy or average body types on women.

The results revealed that 56% of Luxy’s male millionaires voted for curvy female body types as their favourite. 37% preferred skinny girls and only a mere 7% of the 229 millionaire men like average female body types. From these results, we can easily deduct the outcome that Luxy men prefer curvy women. But is that really what all girls should aim to achieve?

Female responses have not been officially recorded through this survey. But studies have shown that in 2016, female and male preferences surrounding the ideal female body shape did not differ. A slim body with curvy hips and an average bust size was outlined as the most attractive body type for males and females. The current trends at the time can influence society’s opinions on which body shape is more desirable.

How to Find a Rich Man and Keep Him: Don’t Change!

The ‘ideal body type’ should not limit your worth to labels like curvy or #A4waist. We do not need to strive for a certain body shape to please a man. More importantly, what you should really focus on is yourself. It should be you who decides what your ideal body shape is – not other people.

Always remember: To achieve self-worth, recognize the differences between one another and respect our individuality. This poll should not limit you to looking a certain kind of way. All shapes and sizes are beautiful to all different kinds of men. You can continue reading by finding out how Luxy can help you finding a sophisticated man and keep him.

Are first impressions important? Yes, they are. Do Luxy millionaires like curvy ladies? Yes, they do. But this does not limit you to only looking a certain kind of way. All shapes and sizes are beautiful.

If you can’t way to show your best side and meet new people, you can join Luxy now, it’s completely free 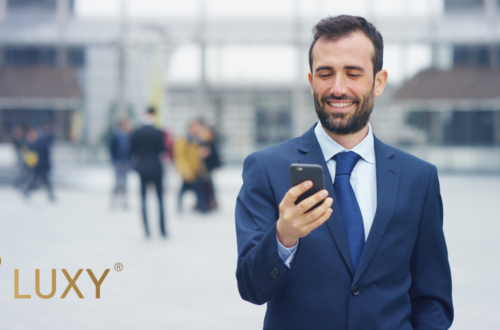 Talking to Women Online: What Men Do and What You Should Be Doing Differently 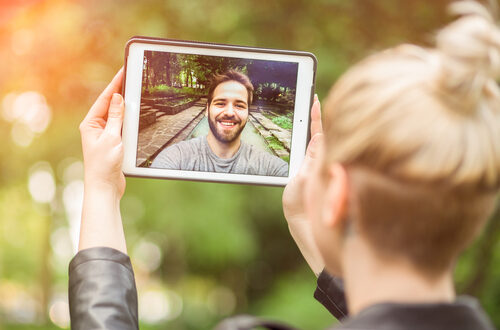 How to Stay Connected with Potential Dates While Social Distancing