Luxy is the perfect matchmaker for busy professionals in the Palo Alto – San Fran area. Singles in the Silicon Valley are generally having a hard time when it comes to going on dates and finding a relationship. But our Luxy members confirm that dating in the Silicon Valley is possible by sticking to the right approach. These singles are smart, sophisticated and yes, sometimes a bit nerdy. But turning to Luxy for quality and meaningful dates is a direction what’s worthwhile.

Silicon Valley dating brings quite a few obstacles when comparing date seekers of the Silicon Valley to the rest of America: On every 100 women come at least 150 men. Nationwide, the distribution of singles looking actively for a date is 100 women to 125 men. Silicon Valley holds a much wider unequal disparity what makes dating less comfortable.

This ratio reflects the local economy in Palo Alto and the whole Santa Clara Valley. Global high-tech giants and tech startups have struggled for years to bring more women into their offices.

For example, men make up about 70 percent of the working staff of Apple, Facebook and Google. A company with thousands of employees facing this disparity has natural problems. Departments with different gender balances have no chance to mix or socialize.

In the city of digital natives and tech nerds, many singles are frequently using dating apps, even though they doubt their success. But Silicon Valley dating also means staying digital because everyone is using dating apps and sites.

Women reportedly say they feel underwhelmed by both the daily working life and the choice of men they meet on their job. In contrast to that, men say they are outmatched and overlooked. Since there are just too many other single men around, it’s hard to stand out or meet anyone else. Helpful are the suggestions on how to make the first move correctly, so men (and of course women, too) should check out these five tips on how to attract a woman.

One Luxy user, Jennifer W. of San José, explained that many fellow singletons are tired of endless swiping on mainstream dating apps. Having used several ones herself, she ended up on 15 first dates.

Some of them were that disappointing, it made her to delete some apps right away. Eventually she turned to Luxy, claiming it is the best dating app available in Silicon Valley. “It became absolutely necessary to actually match with like-minded people. While I hate elitism and people who think they are better than others, it was necessary to draw a line. Too many guys on general dating apps where not what I was looking for: different ideas of spending free time or only interested into hookups. Luxy was the first app that actually worked.”

Dating in Silicon Valley with Luxy

Luxy knows about the special situation in Silicon Valley and actively approaches it. With a wide range of intelligent and goal-oriented professionals, Luxy is the right dating app for you. Being a professional matchmaker for high-caliber singles and wealthy individuals, we know the sophisticated wishes of our customers. Established in 2014, we brought our dating platform to perfection.

Dating in Silicon Valley symbolizes for us bringing together relationship goals and career goals. With an average age of 26 to 44 and the most astonishing career paths, our Silicon Valley singles know what it means to be ambitious and professional. That’s why they don’t want to settle for less than the best – when it comes to love or job. Every person who wants to join Luxy has to pass a 24h review phase, during which we make sure you truly fit to our community and meet the standards. That sounds tough but we want singles on Luxy to find commitment, and take dating seriously.

According to a 2018 study of CNN, it has never been so comfortable in mankind’s history to be single than today. Unmarried people have outnumbered married ones already several years ago, there are much more single people in America than taken ones.

So Silicon Valley singles have no need of looking anxiously or disappointed to the future. Instead Luxy advises those in search of a serious relationship to embrace the situation and to turn optimistically to working paths and tools. Those which really provide solutions in finding a partner.

Luxy knows you love your job and it keeps you busy. But are you too busy to go dating? No way, because Luxy is designed for efficiency to fit perfectly well into your daily routine.

Luxy members are single CEOs, entrepreneurs, engineers, programmers and other executive managers. They reside all across Silicon Valley from the outskirts of San Francisco over Palo Alto to San José. They all are united in the search of a serious relationship in the most convenient and efficient way.

Luxy makes your dating life much easier by focusing on true compatibility. Luxy is hand-picking every new member. So we can proudly recommend you only singles who share similar values and workplace goals.

Professionals are living indeed the busy lifestyle of demanding careers. This makes dating in Silicon Valley sometimes hard to match the schedules. If you are working long hours or have to put in overtime, Luxy is the ideal way to make online dating work your time table.

Luxy is always ready and by your side, even if you can only invest a couple of minutes into your search on some days.

The Luxy app is available for Android and iOS. With an average rating of 4.8 stars out of 5.0 on the App Store it not only the best dating app but also one of the best apps in all of America.

Luxy also offers a modern web version of its platform, setting benchmarks for dating sites. No matter where you are or what device you prefer, with Luxy you will master Silicon Valley dating at any time.

Try Luxy and sign up today to find love among intelligent and educated Silicon Valley professionals! 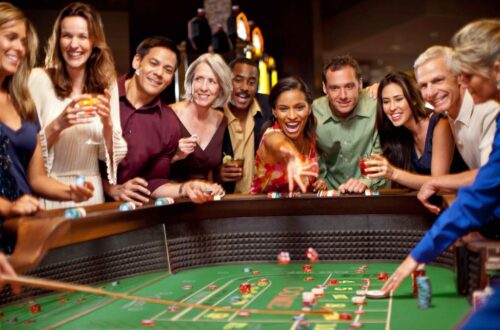 5 First Date Tips That Will Guarantee You Get a Second Dating Profile Tips: How To Perfect Your Profile And Stand Out