Coronavirus, 2020 presidential election, BLM protests: This year is far from being ordinary, which also effects the way singles date online: Dating App Luxy noticed an 100% increase in profiles with political messages in 2020. Now, already more than 2,900 singles have been expressing their political opinion on Luxy.

54% of American singles are actively talking about politics or share their opinion. However, in contrast only 36% of the Europeans would do so. 64% avoid this topic totally.

The political mindset plays an increasing role when it comes down to finding a partner for people in the USA. 78% say the political attitude plays an important or very important role when finding a match. Reasons for the increased importance of political compatibility are the upcoming election, Coronavirus, lockdowns, the BLM movement and riots. All these events have polarized American people which also reflects their behavior on the Dating App Luxy.

Matched among Trump supporters or the BLM movement

Singles can soon filter for singles with a preferred political mindset

As first dating app, Luxy will add a filter to give their members the opportunity to match among people with desired political opinions. Luxy is the only dating app, that does not delete political messages as long as the support is expressed tasteful and not discriminating. The political mindsets are diverse as its people range from Republicans over Democrats to the BLM movement. While political discussions should not become the focus for dating apps, Luxy gives its users the chance to find compatibility much faster if the political ideology is an important criteria.

Launched in 2014, Luxy is the world’s leading dating platform for wealthy and successful singles. With the focus on providing high-class experiences for sophisticated individuals, users need to verify their profile pictures to prevent catfishing. Besides swiping and matching, people can verify their income and identity to uphold Luxy’s position as most excellent and trustworthy online community.

Find Luxy on Instagram @onluxy and visit www.onluxy.com to know more about us. Available to download on the App Store and Google Play. 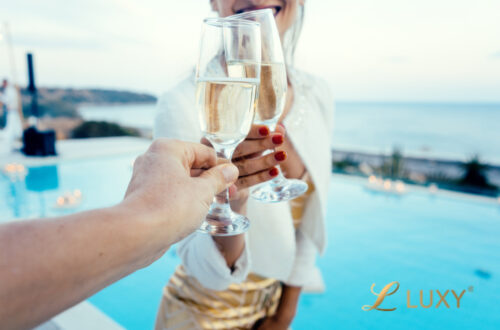